Log in Register for free Suggest a product
DE | EN

Or propose new ones

Propose
devicebase is the most advanced database for connected products

We help you manage your devices!

What is the difference between DeviceNet and EtherNet/IP?

They are governed by the same organization and look like similar protocols but is there any difference? What differentiates them and what can we expect from them in the future?

DeviceNet is built over a CAN (Controller Area Networking) with bit-wise arbitration, devices transmit their messages concurrently, unlike most technologies where one node transmits and others are waiting their turn. Every device that concurrently transmits its bits can send the messages until it realizes a higher priority message is on the bus.

DeviceNet is perfect for applications where there is a linear node topology. It uses CIP, exactly like EtherNet/IP, but over a CAN physical layer.

There are a few advantages that CAN is providing to DeviceNet:

EtherNet/IP requires more powerful hardware and more sophisticated networks tasks. The speed is way higher but in the end, is almost always limited by the device's computing power (not the switch or wire speed).

One of the bigger problems or questions for DeviceNet is - will the vendors continue to provide support for it or only focus on protocols that operate on Ethernet standards? If this happens, all of the vendors will have to drop DeviceNet from use and focus on Ethernet components.

The other big problem that DeviceNet might face is the cost of the components - as fewer devices are made for an aging technology, the prices will go up. Ethernet is continually getting less expensive and industrial Ethernet is no longer different than the physical later in the commercial Ethernet networks.

You know the answer? 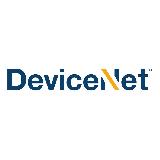 DeviceNet is a digital, multi-drop fieldbus network, utilizing CAN as a data link layer, serving as a communication network between controllers and I/O devices.
To the product

What's DeviceNet all about?

Is the functionality of CANopen similar to that of DeviceNet?

What is the difference between DeviceNet and ControlNet?

Even if DeviceNet and ControlNet are controlled from the same organization - ODVA, do any notable differences exist in the way they function and provide the communication?

devicebase helps you to keep track of information about devices you manage.